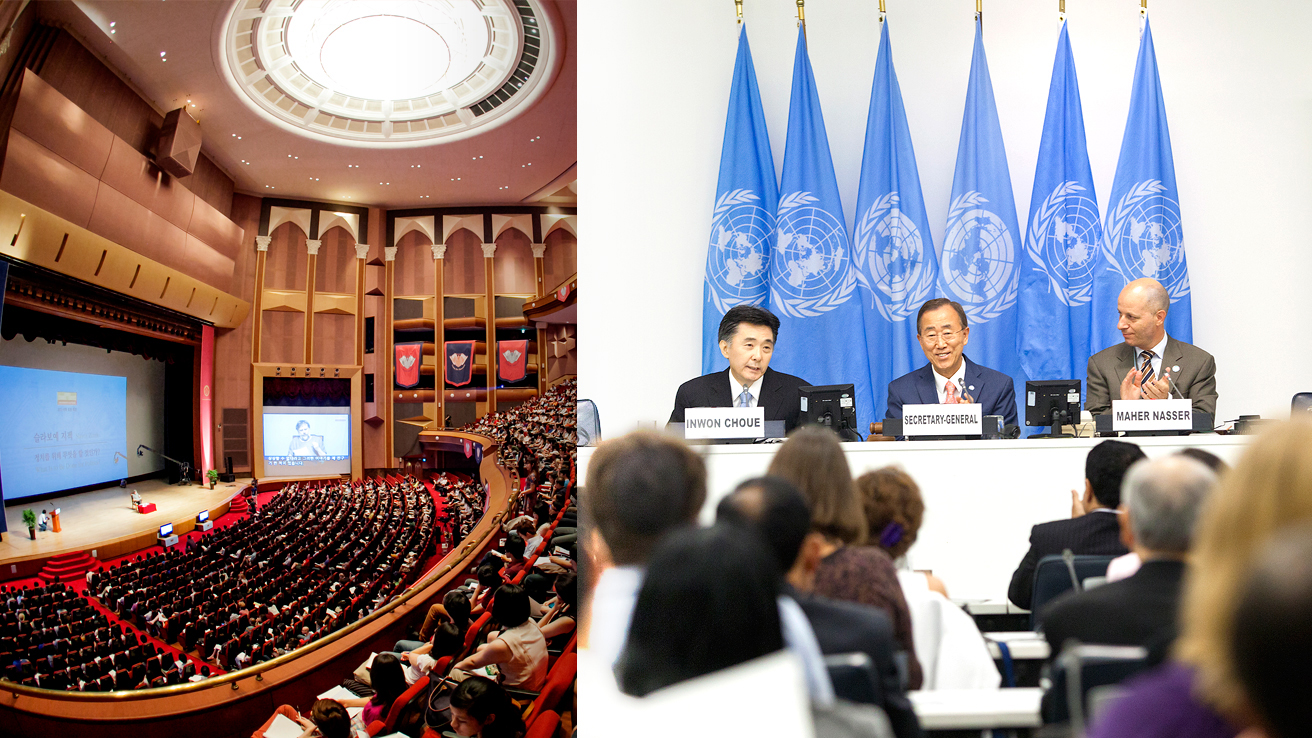 In celebration of the 30th anniversary of the UN International Day of Peace, Kyung Hee and UN Academic Impact (UNAI), an academic initiative by the UN, co-hosted an international symposium. The symposium, titled "Give Peace Another Chance" took place simultaneously via video conferencing at Grand Peace Hall in Seoul and UN Headquarters in New York at 7:20 PM on September 14, 2011 EST (8:20 AM on September 15, 2011 in Seoul). The symposium was also made available live to viewers around the world via UN webcast.

The UN International Day of Peace was first proposed by Kyung Hee's founder Dr. Young Seek Choue in July 1981 at a meeting of the International Association of University Presidents (IAUP) and unanimously established that November by the 36th session of the UN General Assembly. The UNAI-Kyung Hee International Symposium was the first event held by the UNAI, which was established in 2010 following a proposal by UN Secretary-General Ban Ki-moon. Participants in the symposium thoroughly discussed the true potential of education and the role of the 21st century university in an age when higher education is excessively focused on specific topics rather than the larger possibilities of humanity.

The main events included opening remarks by Secretary-General Ban, a keynote speech titled "On Peace, Another Dream Ever Onward" by Kyung Hee University and Kyung Hee Cyber University President Inwon Choue, and a roundtable discussion by internationally renowned dignitaries and peace activists. With the topic, "Higher Education and Human Dignity," the roundtable was followed by a Q&A session that included questions from both the Seoul and New York audiences via video conferencing. The symposium closed with both audiences joining in one voice to sing John Lennon's "Imagine".