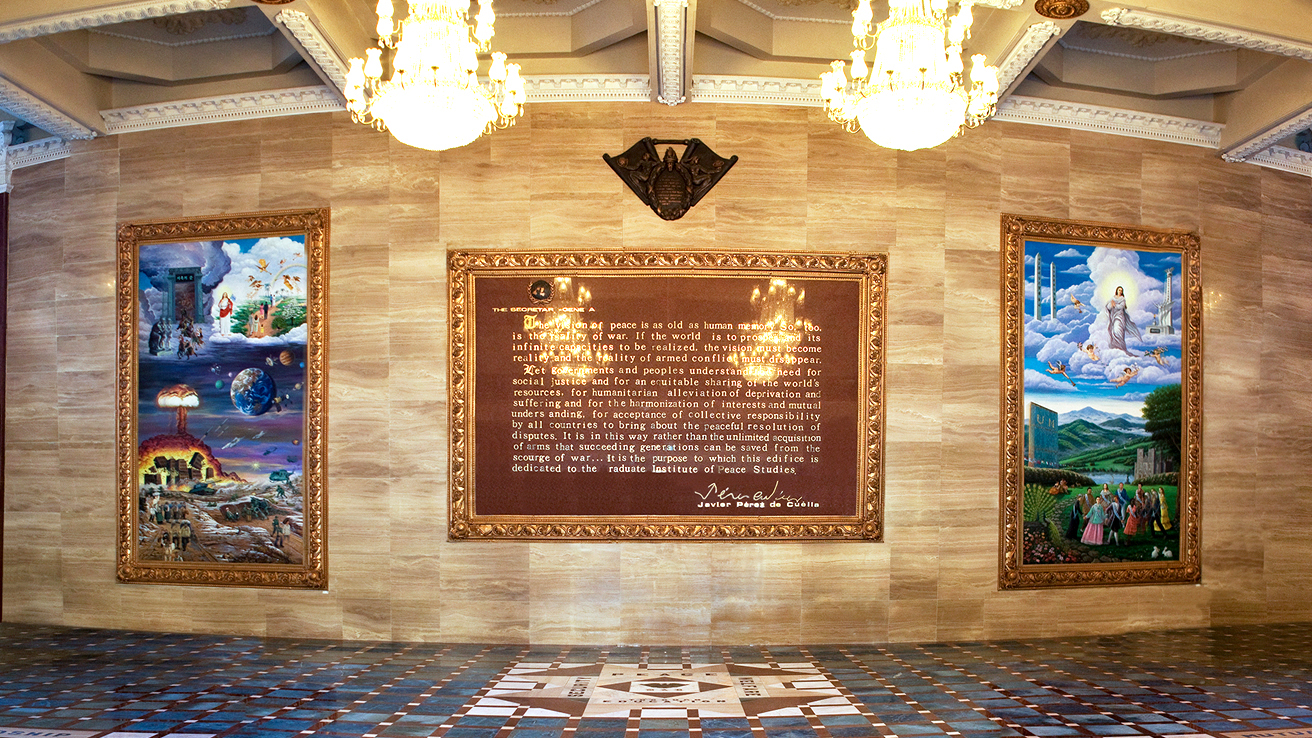 Kyung Hee University has commemorated the UN International Day of Peace by holding an annual Peace Conference since the day's establishment in 1981 at the 36th session of the UN General Assembly. The first Peace Conference was held in September 1982. In 2011, the theme of the conference was "The Body and Catastrophe: Towards a New Utopia."

For the past 30 years, the Peace Conference has contributed to the global expansion of peace research, education, and campaigns. Aside from the Peace Conference, the Global Academy for Future Civilizations also holds regular conferences to "establish common values and new plans for humanity and the global community." By providing an arena for pan-global exchange and research on modern societal phenomena in politics, economics, society, culture, and science, the Academy is expediting the formation of discourse on alternative civilization.