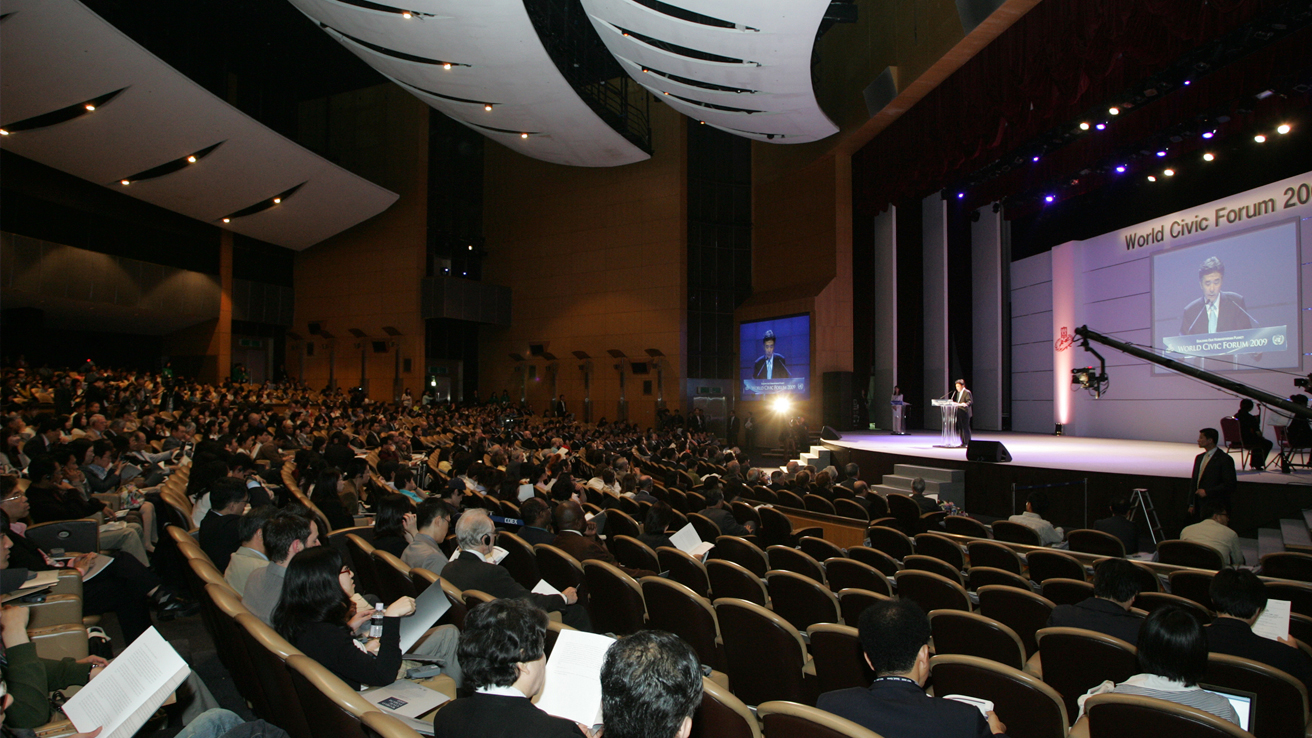 Kyung Hee's tradition of "Scholarship and Peace" gave way to the establishment of the World Civic Forum (WCF) in May 2009 in commemoration of the University's 60th anniversary. The WCF 2009 was held in cooperation with the UN Department of Economic and Social Affairs (UN DESA) to seek a new paradigm of 21st century world society and the creation of a "beautiful, affluent, and rewarding" future society.

The four-day event began on May 5, 2009 at the COEX Convention & Exhibition Center in Seoul under the title "Building Our Humanitarian Planet." The WCF included participation by 12 partner institutions including UNESCO, CoNGO, the University of Pennsylvania, and the Woodrow Wilson School at Princeton University, as well as 3,000 participants from 57 countries, including internationally renowned scholars such as Professor Paul Kennedy of Yale University, Professor John Ikenberry of Princeton University, President Zhou Qifeng of Peking University, Prime Minister Seung-soo Han of the Republic of Korea, Under-Secretary-General Sha Zukang of UNDESA, and Assistant Director-General Hans d'Orville of UNESCO.