Our old path is new again, “Creating a Civilized World”

I sincerely welcome everyone to Kyung Hee University.

There are many new challenges facing universities today.
The rise of new technologies like AI calls for changes in traditional universities and their functions. At the same time, Korea has experienced a rapid decrease in the population of school-age youth, creating a new demographic reality for universities to adapt to. However, there is hope even in the midst of a crisis. We have the power to overcome the challenges we face both within and without the academy. The spirit of Kyung Hee has always risen to the test, bringing together creative research, humanistic education, and global service.

The core of Kyung Hee’s mission is the “Creation of a Civilized World,” a mature democratic space where spiritual culture and material civilization harmonize. We hope for a world where humans live in balance with the Earth and its ecosystems, and where human communities can enjoy sustainable prosperity. These are the values that Kyung Hee has pursued for the past 70 years, and continues to pursue. Both old and new, this is the path we are following into the future.

Kyung Hee has seen some amazing achievements over the course of the past decade. It gained confidence and solidified its position among Korea’s most prestigious private institutions. It also got a new name, “Amazing Kyung Hee.” However, we are facing a future of increased civil conflict and environmental degradation. Political power is used for confrontation instead of resolution, and short term gains are prioritized over long-term goals. The market is not in alignment with the needs of our human community or our global environment. Now is the time for universities to step up and lead, acting as a force for transformation beyond just its traditional role in education. It is time for universities to be reborn as a base for collective intelligence for the creation of a sustainable human society.

In 2049, Kyung Hee will celebrate the 100th anniversary of its founding. During my time in office, I will do my utmost to lay a firm foundation for this important milestone. Using learning and peace as two wings to fly on, we will fly together into the future. I will not forget the founding spirit and vision for a future of “Creating a Civilized World” for a moment. I will not forget the reason for our existence as a university. Above all, I will keep my eyes and ears open to my responsibilities as president. 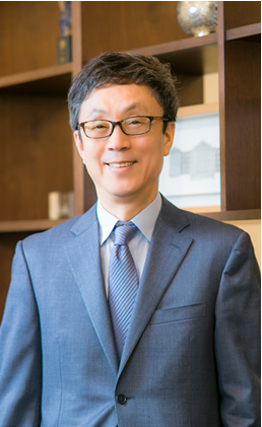